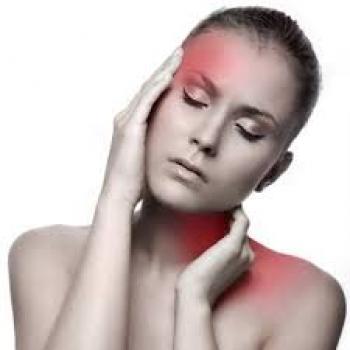 Did you know that 55,000 Americans are diagnosed with head and neck cancer in one year, 13,000 of them die, and these can be prevented?

Tobacco is the most preventable cause of these deaths. More than 200,000 people in the United States die each year from smoking-related diseases. The good news is that this number is falling with the increase in the number of Americans who quit smoking. The bad news is that some smokers are turning to smokeless tobacco, chewable tobacco, which is thought to be a safe alternative, but this is not true. This only carries the risk of cancer in the person from the lungs to the lips. While the incidence of lung cancer is decreasing, the number of head and neck cancers is increasing.

It should be detected and treated early!

What should we observe?

Head and neck cancers usually spread to the lymph nodes in the neck before spreading anywhere else in the body. Swelling on the neck that does not go away for more than 2 weeks should be seen by a doctor as soon as possible. Of course, not all swellings mean cancer. However, swelling or swelling may be the first sign of mouth, larynx, goiter cancer, some lymph cancers and blood cancer. Such swellings are usually painless and tend to get larger.

Many laryngeal cancers cause voice changes. Hoarseness or voice changes lasting more than 2 weeks should alert you to see your doctor. An otolaryngologist and head and neck specialist; can examine your vocal cords with easy and painless methods. Although cancer is not the cause of many voice changes, you should not leave it to chance. If your hoarseness lasts longer than 2 weeks, you should make sure that you do not have laryngeal cancer and go to your doctor.

Most tongue and lip cancers cause persistent sores and swelling. Wounds and swellings are painless unless they become inflamed. Although bleeding may occur, it is often not seen until the advanced stages of the disease. If the wound or swelling accompanies a mass in the neck, this should be taken very seriously. Your dentist or doctor may evaluate whether a biopsy (tissue sampling test) is needed and refer you to a head and neck surgeon for this procedure.

This is often due to a cause other than cancer. However, mouth, nose, throat and lung tumors can cause bleeding. If bleeding occurs in saliva or sputum for more than a few days, you should see a doctor.

Throat and esophageal cancers make it difficult to swallow solid foods and sometimes liquids. At a certain point, the food feels stinging and either goes into the stomach or comes back through the mouth. In this case, you should consult a doctor. The cause is usually revealed by direct examination of the esophagus through an X-ray barium swallow film or a swallowed tube.

Skin cancer, which is very common in the head and neck, responds well to early treatment. It is most common in areas where the skin is exposed to the sun, such as the forehead, face, and ears, but it can occur anywhere on the skin. Skin cancer often starts as a small pale sore, grows slowly, with a dimple-shaped pit or even an ulcer in the middle. While some of this area heals, a larger portion remains ulcerated. Color changes are seen in some skin cancers.

Other types of cancer seen in the head and neck include; squamous cell carcinoma and malignant melanoma. Some of the squamous cell cancers are seen in the lower lip and ear. It is similar to skin cancer and usually does not become more dangerous if detected early and treated appropriately. If there is a non-healing wound on the lip, face or ear, consult a doctor immediately.

Malignant melanoma classically causes a dark blue-black color change in the skin. However, the size, color change and the beginning of bleeding in any mole are also a problem. In the presence of a blue-black spot on the face and neck, which varies in size and shape, a dermatologist or another doctor should be consulted as soon as possible.

Pain in and around the ear during swallowing may be due to a growing tumor or infection in the throat. Such a complaint; It is even more noticeable if it is accompanied by difficulty in swallowing, hoarseness or a swelling in the neck. These findings should be evaluated by an Ear Nose and Throat Specialist as soon as possible.

Identification of high risk in head and neck cancers:

Up to 30% of head and neck cancers are closely related to long-term exposure to specific factors such as smoking and alcohol. Oral and throat cancer is almost never encountered in adults who do not smoke or drink. Prolonged exposure to sunlight is associated with lip cancer and is the biggest cause of skin cancer.

What should you do?

All the signs and symptoms described may also be present in non-cancerous conditions. In fact, most of the time, these complaints can be seen in some other conditions other than cancer. But you can't tell this without a good examination. Therefore, in the presence of these complaints, go to your doctor and be sure.

There is a great relationship between the early diagnosis of head and neck cancers and the success of treatment. We believe that treatment rates will increase as the medical recommendations here reach a large number of people.

If you suspect a symptom of head and neck cancer, see a doctor immediately.