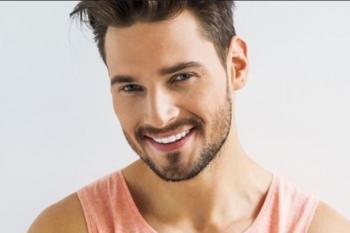 Rhinoplasty is the most preferred type of surgery among plastic surgeries. The fact that rhinoplasty is so popular seems to have made men interested in rhinoplasty as well.

Today, 1 out of every 4 rhinoplasty operations in the world are performed for men.

There are some differences between rhinoplasty in men and rhinoplasty in women. The most important of these differences is that the nose structure to be gained as a result of male rhinoplasty surgery does not lose its masculine appearance. In the new appearance to be made by the specialist doctor, the tip of the nose should not be lifted as it is in women. At this stage, the nose-lip angle should be specified as a maximum of 90 degrees. Angles over 90 degrees are ideal for women.

WHICH MEN CAN HAVE rhinoplasty? Men who are uncomfortable with the appearance of their nose or who cannot breathe easily due to the nose structure can have rhinoplasty. While there is no problem for men over the age of 18 to have surgery, a healthy examination should be performed with a specialist doctor before the operation. During the examination, the patient and the patient's joint decision on the new nose appearance can prevent problems that may occur after the surgery. Information about male rhinoplasty prices should also be obtained during the examination. The fact that each person has a different nose structure also differs for male nose surgery prices.