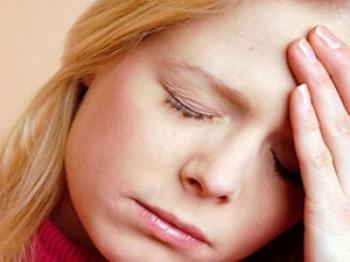 The head is one of the most sensitive parts of the body in terms of sensory nerves. Therefore, all pathologies of nervous, vascular and psychological origin and diseases related to the external, ear and jaw joints easily create reflected pain in the head region.

It is inevitable that malignant or benign tumors in the nose and sinuses cause pain, as well as other complaints that are more common. However, headache does not appear as the first complaint. Sinusitis and nasal deviation (curvature of the structure that separates the two nostrils in the nose) are the two most common causes of headache.

Chronic sinusitis does not generally cause headaches , but acute sinusitis and its complications cause severe headache. Sinusitis pain is a dull, deep pain that is not throbbing and increases with movements such as tilting the head forward, coughing and sneezing. It also initiates nerve origin pains around the eyes, cheeks, nose root, upper jaw and teeth.

There are 4 sinuses: frontal, ethmoid, sphenoid and maxillary. The infection of each causes pain in different parts of the face. In acute infection of the frontal sinus , the pain increases with bending forward, touching the inner side of the forehead and upper eyelids. Sometimes it can show pain that radiates to the back of the head and neck. Chronic frontal sinusitis, on the other hand, is painful, unlike chronic inflammation of other sinuses. There is a persistent, deep, grunting headache that feels like pressure.

Acute maxillary (cheek) sinusitis creates a headache that reflects to the eyes and upper teeth together with a runny nose. There may also be pain that radiates to the ear. Chronic maxillary sinusitis is painless.

In acute infection of the ethmoid sinuses located at the root of the nose, between the eyes, there are headaches reflected on the forehead and eyes, with nasal discharge and decreased odor. In chronic infection, less severe pain may occur in the same regions, especially as a result of the obstruction of the discharge path of these cells into the nose due to polyp or edema.

In acute infection of the sphenoid sinus, which is located behind the ethmoid sinuses, in front of the brain tissue, there is a deep pain sensation at the bottom of the eye, and this pain is sometimes confused with migraine.

As can be seen, sinus pains are also diverse within themselves. Diagnosed with endoscopic examination and, if necessary, computed tomography, acute infections; drug therapy, if chronic; treated with endoscopic sinus surgery.

Intranasal septum deviation, that is, the congenital or subsequent curvature of the structure that separates the two nostrils from each other, consisting of cartilage in the front and bone in the back, and excessive filling of the nasal meats due to infection, structural or allergy are the causes of headache.

Accordingly, a decrease in nasal breathing causes less air to reach the ipsilateral lung and generally decreases lung respiration. This causes a decrease in oxygen in the body and causes the heart to work in phase. Sudden contraction and enlargement of the veins due to oxygen depletion is the cause of headache. The second and most important reason is that the curved areas of the septum in the midline come into contact with the side walls of the nose. Pain occurs through the sensory nerves that are already rich in the nose. Especially the curved area in the upper septum and the place where the upper concha touches each other is the most sensitive area.   It has also been observed that the extranasal deformation, which occurs as a result of accidents in some people, causes pain, especially in temperature differences, due to the thickening of the covering covering the nasal bone.

Ear, nose and throat play an important role in headaches. Ear, nose and throat (ENT) consultation should not be neglected when the patient is seen by other branches. The ENT examination should be comprehensive, and the endoscope should be used to evaluate the inside of the nose, the sinus discharge areas and the contact points in the nose, and make appropriate treatments.