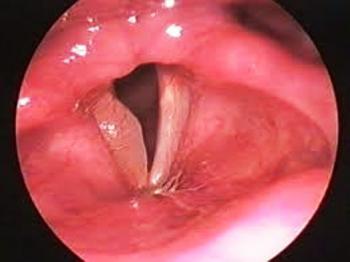 In the unilateral one, the vocal cords cannot come together during sound production and there is a gap between them; Because of this gap, there is a lot of air leakage while the patient is talking. The sound reproduction is demanding, the sound quality is rather distorted and breathy. Voice and cough are weak; the patient can speak for a very short time; He needs to breathe often. In bilateral vocal cord paralysis, shortness of breath with effort occurs because both vocal cords are close to the midline and cannot be opened to the sides. The patient becomes choked while carrying a light load or climbing stairs and has respiratory distress. His voice is monotonous; He cannot make his voice thinner or thicker.

However, the patient's main complaint is shortness of breath; They don't complain much about the sound problem. Sometimes swallowing difficulties may accompany it; The patient may have a coughing attack while drinking liquid, as the liquid escapes into his lungs.

Diagnosis is made by otolaryngological examination, fiberoptic endoscopy or stroboscopy. In stroboscopy, immobility of the vocal cord or cords is observed; a gap remains between the vocal cords, which are unilateral; In bilateral cases, it is found that the vocal cords remain immobile in the midline and the respiratory passage is considerably narrowed. 3-4 weeks after vocal cord paralysis, electromyography (EMG) is performed on the larynx muscles to obtain information about the cause of the paralysis, the location of the paralysis and its healing potential. A new EMG is performed 4 weeks after the first EMG, and signs of improvement or degeneration are investigated. EMGs performed 6 months after the onset of the paralysis are meaningless. Voice therapy can be very helpful for unilateral vocal cord paralysis. In voice therapy, the patient is given exercises to bring the vocal cords closer together. In this way,

In bilateral vocal cord paralysis, the aim is to widen the airway. Treatment methods:

In addition, definite voice rest is done; that is, communication should be made without speaking, only by writing, not even whispering. Drink plenty of water, moisten the larynx with cold steam, and abandon the throat clearing behavior. Mucolytic drugs can be used to soften saliva. Cortisone should never be given for early recovery of the voice.